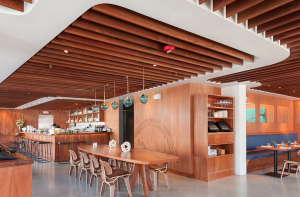 Do you know how hard it is for a dinner restaurant to get over 100 reviews and still maintain a 4.5 star rating?

Nearly impossible! In fact, out of hundreds of fine restaurants in the Santa Monica area, only 16 have managed to pull it off. Notably not a single restaurant in the area has achieved an overall 5 star rating. Only one dinner restaurant listed under Los Angeles achieved this feat, Revolutionario: North African Tacos.

Your blogger makes no claim to have eaten at Revolutionario or at any of the listed eateries that follow. Just reporting these locations of distinction in case you are looking for something new to try. Here are two of the top dinner restaurants in the Santa Monica environs according to Yelp with data base filters by your truly. Subscribe to this blog for more such fare in the future.

Reds – Described as a hole in the wall, but widely admired by so many, Reds says they are Swedish and they specialize in Swedish Pizza, hamburgers, and Greek kabobs and salads. This may be taking eclectic to a new level. With relatively low prices for the Westside, couldn’t hurt to drop by. 707 Pico Blvd., Santa Monica, CA 90405 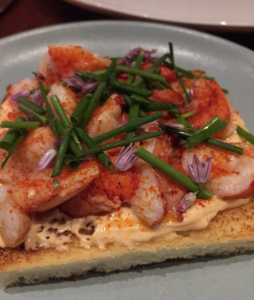 A quick glance at the menu shows that prices are modest with many meals under $20 and a few between $20 and $30. There are options for those who don’t care for sea creatures as meals. Find the Santa Monica Yacht Club at 620 Santa Monica Blvd, Santa Monica, CA 90401

Santa Monica is unrivaled as a destination for fine cuisine. And if you can’t find the specific international dish within the city limits, the neighboring haunts in Venice, Mariana Del Rey, Westwood, and Culver City should fill in any missing specialties.

That is only one more reason why you might want to make the Westside your home. If you would like help in checking out the current homes, condos, and other residential real estate currently for sale in West Los Angeles, Belle Tsai is the expert to call. She is on top of the market and will help you negotiate a great deal when you find your dream home.